At first glance, the bail system may appear little more than a closed transaction between incarcerated persons, the court system, and the bondsman. In reality, the business of bail bonds has a significant impact on the local economy. The professionals at JC Bail Bonding in Cleveland, OH, share a few of the positive effects bails bonds have on the community at large.

Positive Effects of Bail Bonds on the Economy?

An agent provides bail to incarcerated persons at a premium, ensuring their temporary release before the trial. Though the premium is nonrefundable, it’s always far less than the amount set by a judge.

Were it not for bail bonds, incarcerated individuals would be forced to pay the full bail amount if they want to remain free before their trial. Countless more people would stay in jail, exhausting valuable tax dollars on food, clothing, shelter, and added security. These expenditures take away from funding and projects that might otherwise enhance the surrounding community. Bail bonds free up economic capital, allowing it to be spent on local education, infrastructure, and community resources.

The bail bonds industry provides employment opportunities to Americans of varying skill levels with an interest in working within the criminal justice system. The more jobs the industry creates, the fewer Americans will be left facing the stress and burden of unemployment. This leads to a better economy and lower crime rate. 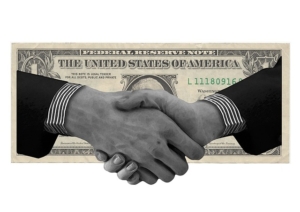 Economists have often debated the impact of consumer spending on economic growth. Ultimately, many agree the exchange of currency in a local economy signals economic strength and should be encouraged. The bail bond industry embodies this concept completely, promoting the exchange of currency and, in effect, economic growth, which can have a positive and long-lasting impact on the local community.

If you or a loved one needs an experienced bonding agent in Cleveland, JC Bail Bonding is the place to turn. Serving the Cuyahoga County community for over 40 years, their professionals have you covered for the fast, friendly, and affordable service you need. feel free to contact a professional bondsman 24/7 by calling 216-588-1410.