There are many bail bond agencies in the Euclid, but the best one is the JC BAIL BONDING. This bail bond agency in Euclid is the best in terms of its professional working capability and the best services for the client’s 24/7 round the clock that is considered as the best available services all the time. The bail bond agents at our company are highly qualified in selecting the bail bonds for the criminals.

The rates of this bail bond agency in Euclid are comparatively the most reliable as compare to all the available bail bond agencies in Euclid.  The JC bail bond agency understands the needs of the clients and responds accordingly. We have the best combination of reliable rates and high standard of professional service that makes it unique as compared to the other bail bonding service providing companies. 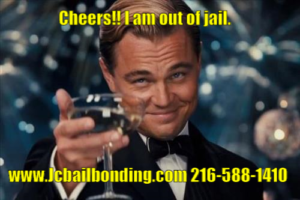 present in front of the court or the person runs away because from the court’s procedures. However, the reality is that most of the people want to avoid such situation and attempt to escape from the law because they cannot bear the hectic and long proceedings of the courts. In this situation, J C the best bail bond agency in Euclid gives confidence to its clients 24/7 and make them feel relax to face the challenging situations with strong nerves.

The bail is the release order from the court. There are many types of bails but the most widely use types are bail before an arrest and the bail after arrest. The bond is the document for the bail. There are several types of bonds according to the nature of the case.

Some people especially those are living alone do not find anyone to support them in challenging situations, therefore, in such critical situation, JC BAIL BONDING appears as an angel sent by the God to help the suffering humanity to get rid-off from the critical circumstances. Therefore, in case of any need of Bail bond service, always remember that help is just one call away by calling us at 216-588-1410  and the best bail bonds agency in Euclid will be ready to serve you any time twenty-four by seven.